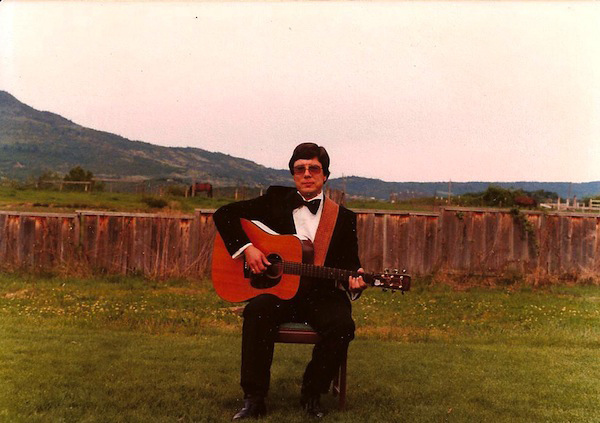 Paul Smith of the Boulder Brothers.

Brother Bill and I started singing together when I was 4 years old ( that’d make him two or three). We’ve been doing it ever since. We both learned to play guitar when were 11 or 12 years old. I had 7 years of violin instruction starting at 6. We both became involved in music groups and have played together, now, most of our lives.

The Boulder Brothers were formed originally of myself, brother Bill, and Michael Wendling. I had met Michael while we were playing in an Irish pub in San Diego and I had gone to visit a friend, Al Yates*, in Hermosa Beach. Michael was then in the Marine Corps. We played together a couple of times and I invited him to come to San Diego and play with Bill and myself on the weekend. This turned into several weekends together. This was the beginning of the Boulder Brothers and our music together.

Brother Bill and I parted ways for a couple of years. He went on to finish college and I went with friend Al* and Michael (who was discharged from the Corps in May of ’71) to Idaho and formed a Bluegrass/Country group called Whitewater. We played around the Northwest for about two and ½ years. We all wanted different things so Michael and I started playing together in late ’73 until the summer of ’75. Bill joined us in the spring of ’74 in Hawaii.

We returned to Santa Cruz and stayed with our friend Tom Ross auditioning and playing in that area. One day auditioning in San Clemente at a steak house, the manager asked us if we had a name for our group besides Paul, Bill and Michael? We huddled up and gave them the name “The Boulder Brothers” (actually the name of my dog Boulder – he being named after the Boulder Mountains just north of where we live in Idaho). This name stuck.

Bill moved to Idaho later that summer and we’ve been together ever since. In ’75 we recorded our only album called “A Period of Time”.

Over the years, we have had many musicians pass through the Boulder Brothers….a couple have passed away; Jimmy Hanlin and Jeff Sloan. Ken Britton, who now lives in Montana, was with us for over 20 years. Ted Macklin plays with us from time to time, and many many others.

Bill, myself and Michael McGonigal (with us since 1979) have had a music ministry at St. Charles Borremeo Roman Catholic Church in Hailey for over 30 years; for Masses, funerals and weddings, parties, and for other denominations services as well. Throughout these years we have raised families, played many events most of them locally. I’ve continued to write music as all of us do. It is now the year 2012 and we will continue to play together as much as long as the good Lord allows.
GOD BLESS!
Paul 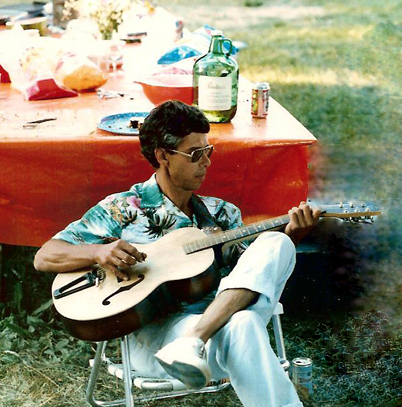 Growing up our family was surrounded by music. Our dad, grandma and Uncle Bill played every week at Sunday dinners and at dances on Friday or Saturday nights.

Around the age of eight I got interested in singing and playing the mandolin. I loved to sing. At the age of thirteen four other fellas and myself had group called the Trinadads. We played calypso music. It was popular in the 50’s .

In high school brother Paul and I started doing a lot more music together and formed the Shadows In 1958 we took the talent contest at the state fair in Salem, Oregon. We played in night clubs from San Francisco to Great Falls, Montana until 1961 which was the year that I graduated from high school.

With family pressures building at home, I decided to leave and join the Marine Corp. “Wow”. I kept up with singing and really got into folk music. Brother Paul turned me on to Dylan in 1962 and that was it. Been a folk singer ever since,

Went to Japan in 1963 and met John Lane from Hicksville, Long Island and Ted Carney from Seattle and we formed the Windwards and played the clubs on base and May Day celebration in Hiroshima which turned out to be a communist rally that we knew nothing about. We were swept to safety by some college students an made some good friends. Upon returning to the states, I never saw John again but did see Ted several times.

While I was stationed at Camp Pendelton in 1965. I started doing a single act at a restaurant/bar in the harbor in Oceanside, California. I played there for over a year along with playing at other bars in town. Paul and Mike Buckley came to Oceanside in 1969 and we formed the Sunshine Express We played at various clubs and steak houses in San Diego. We finally landed at McDeenys in San Diego, a great Irish pub. This is where I met Michael Wendling who was a friend of Paul and Al Yates .We played together every weekend that Mike could get off base. He was in the Marine Corp at the time.

Paul and Mike moved to Idaho and formed Whitewater. My family and I moved to Oregon in 1972 and I did gigs alone at the Blue Max in Medford. After Whitewater broke up in 1974 we moved to Idaho and formed The Boulder Brothers. We recorded A Period In Time in 1975. Shortly after our record was out Mike went his own way. Paul moved to Oregon and I went to work for the Forest Service and met Ken Britton and we started to play together. When Paul moved back to Idaho Ken, Paul and I started playing and the rest is history. One of our favorite gigs was playing each year at the Nortthern Rockies Folk Festival in Hailey, Idaho. There were so many wonderful musicians that we played with over the years.